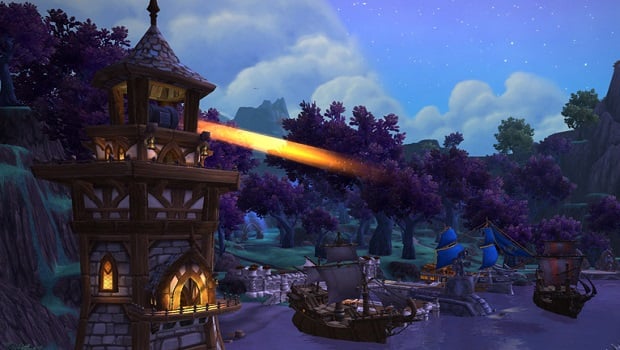 Blizzard Watch was founded in February 2015 to cover the games of Blizzard Entertainment. Our site thrives thanks to the passionate community we have developed over the past decade. Within six hours of launching the site the business was completely funded via its Patreon.

Since its inception Blizzard Watch has covered the latest World of Warcraft, Hearthstone, Heroes of the Storm, Overwatch, Diablo, and StarCraft news while giving the critical community-leading opinion that its authors have been known for.

Adam has been writing about video game, technology, and science for the last ten years. His work has appeared in publications such as the Time, USA Today, Mashable, WoW Insider, Joystiq, Massively, and Tecca. He resides in Irvine, CA with his wife, son, and two cats.

How do you know if a player has been playing since Vanilla? S/he will tell you! Mitch (AKA Fizzl) has been playing World of Warcraft since Vanilla and has earned a PhD in Shadow doing so. When he’s not being a completionist in WoW, he’s likely playing Heroes of the Storm or off somewhere making amazingly groan-worthy puns (or, “Fizzisms” as they’re known around his raid team). His main goal in life is to make everyone play Shadow.

Dan O’Halloran loves his video games, fantasy books, superhero TV, and daily injections of caffeine a little too much. Father of two, husband of one, player of every video game he can squeeze into his day. And a few that he can’t.

Elizabeth Harper has been writing, editing, and managing for tech, gaming, and entertainment properties since 2006. She specializes in organizing diverse, distributed teams of writers and editors, pushing everyone to do their best possible work. Her work can be seen on sites such as Time, USA Today, Engadget, Joystiq, CBS, The Escapist, Dealnews, Techlicious, and more.

In game, Elizabeth is most commonly found as a Monk in World of Warcraft, playing (and replaying) through the latest Bioware game, or burning through her favored RPG of the moment. In the real world, Elizabeth is located in the Austin, Texas area where she enjoys the local tech and entertainment scene, but can frequently be found at conventions nation-wide as well as indulging her inner child with visits to Disney Parks.

Anna Bell — and yes that is her real name — has 2 small kids, a degree in English literature, and has been playing video games as long as she can remember. In addition to Blizzard’s game she’s also into Farm Simulator esports, and romanced Alistair in Dragon Age.

Andrew Powers — Andrew is also known as Lotharfox. He began playing World of Warcraft in late Vanilla after seeing the South Park episode. That was his first introduction into RPGs, and has since experimented with many more. That led to a job writing about MMORPGs with a website that is no longer around, Examiner.com. He also plays table top RPGs, and DMs for D&D Qe every Thursday night. Otherwise, he is playing Nintendo or board games with his wife and two sons.

Anna Washenko — Anna plays a whole lot of games, but Blizzard titles hold a special place in her heart. She deeply believes that there are few things in this world more satisfying than blowing up corpses as a Necromancer in Diablo, and she's always known that Mists of Pandaria was the best WoW expansion.

Cory Taylor — Cory comes from the Land of Ice and Snow, an avid Blizzard fan he's been hooked since Warcraft 2. He spends his time in Warcraft as a Guardian Druid, and out of Warcraft wishing he could spend 6 months out of the year hibernating.

Christian Thoma — Christian lives in North Carolina with his wife (gorgeous), son (lovable), and dog (dozing). Better known as Kalcheus and occasionally Chrth, he has been playing World of Warcraft since 2008 and is just as bad now as when he started. A huge fan of D&D since the red box days, he is currently in therapy for his crippling addiction to Norse-themed 5E campaign settings. Stuff he writes that isn't good enough for BlizzardWatch gets dropped off at Kalcheus.com instead.

Liz Patt — Liz is a collection of cat gifs and coffee masquerading as a person. She tried to escape World of Warcraft multiple times, but it kept calling her back with its siren song. Liz now plays every Blizzard title she can get her hands on and plans to sleep someday. She is owned by one cat, dubbed Jack the Nipper.

Phil Xavier — Phil Xavier, also known as Red, began his Blizzard adventure many years ago, with such titles as Rock N' Roll Racing and Blackthorne -- but it was the one-two punch of Warcraft II and Diablo that really took hold of his nerdy heart. He is also deeply interested in other games, especially for the Switch (but without ignoring the PC and PS4), and in discussions about game design (and game-making) in general. There is a place called rcnsk.com where he writes stuff unrelated to Blizzard Watch, but the truth is that there's nothing really in there yet.

Joe Perez — Joe Perez has been playing World of Warcraft from launch and a Podcast Co-Host of Fore The Lore, a podcast devoted to story driven games of all genres. In his spare time, when he's not throwing lightning or slinging chain heals, he paints Mini War Gaming figures professionally for fun and proffit.

Matthew Rossi — Matthew Rossi is a synapsid, perhaps descended from Cynognathus. He was born in Providence, Rhode Island, and grew up there before leaving to see the world and be mistaken for a sasquatch and/or minor singing celebrity in various locales. He currently lives and writes in Edmonton alongside his amazing and beautiful wife and their cats. He’s written three collections of speculative fiction, Things That Never Were, Bottled Demon and At Last, Atlantis. He loves playing warriors in World of Warcraft, barbarians in Diablo III, and he’s beginning to notice a pattern here.

Matt Low — (@matticus) Started as a Warcraft blogger at World of Matticus in 2007. Heals a rag tag group of raiders at Death's Jesters. Matticus has been healing primarily as a Holy Priest since 2005 all the way up to the current expansion and continues to stubbornly do so against the advice of literally everyone. As one of the few Canadians on the team, Matticus is also an ardent supporter of the Oxford comma.

Rob Flanagan — Rob Flanagan came here to do two things, play Warcraft and bake cookies, and he is all out of baking soda. He comes from a long line of gamers after realizing his grandfather owned one of the early consoles and family style cooks, he spends most of his time in a kitchen pondering video game lore. During the Overwatch League season, his personality turns more gritty.

Rachelle Riddle — Rachelle has been playing a healing Priest since Wrath of the Lich King, and has leveled far too many Priests since then. When she's not letting tanks die during raid, she can be found making fabulous transmog sets or bothering her raid leader by reciting Rhonin's speech.

Ted Atchley — Ted Atchley is a writer, gamer, and professional computer programmer. He’s been playing Blizzard games all the way back to the original Starcraft. He’s a fourteen year veteran of World of Warcraft with most of that time as a Paladin and has played Hearthstone since open Beta. He lives in beautiful Charleston, SC with his wife and children. When not writing for Blizzard Watch or gaming, you’ll find him spending time with his family, working on his novel, and cheering on his beloved Carolina Panthers. You can find more about his writing journey at tedatchley.com

We are a participant in the Amazon Services LLC Associates Program, an affiliate advertising program designed to provide a means for us to earn fees by linking to Amazon.com and affiliated sites.
© 2022 On Click Creative, LLC. All rights reserved.
Blizzard Watch uses minimal cookies to improve your experience and is in full compliance with the GDPR. By accepting you agree to our privacy policy. Accept

This website uses cookies to improve your experience while you navigate through the website. Out of these, the cookies that are categorized as necessary are stored on your browser as they are essential for the working of basic functionalities of the website. We also use third-party cookies that help us analyze and understand how you use this website. These cookies will be stored in your browser only with your consent. You also have the option to opt-out of these cookies. But opting out of some of these cookies may affect your browsing experience.
Necessary Always Enabled
Necessary cookies are absolutely essential for the website to function properly. This category only includes cookies that ensures basic functionalities and security features of the website. These cookies do not store any personal information.
Non-necessary
Any cookies that may not be particularly necessary for the website to function and is used specifically to collect user personal data via analytics, ads, other embedded contents are termed as non-necessary cookies. It is mandatory to procure user consent prior to running these cookies on your website.
SAVE & ACCEPT
Posting....